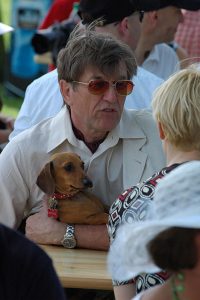 Earth on a “divine, cosmic scale” is a separate organism,

which (comparing it to the human body) has “wonderful” self-regenerating properties and the ability to rebuild some of the damage. Man has become a significant, if not the most important, element of the functioning (life) of the Earth as one “cosmic organism”. Man in this earthly body performs positive functions, supporting regenerative processes but also negative, destructive in the likeness of viruses in the human body.
Man calls all of his activities on Earth a civilization process but during this civilization process he acts destructively on Earth’s body. Thus, human civilization activities on Earth can be compared to the harmful effects of “viruses” that led the Earth to a disease state already found in which the Earth is already losing its auto-regenerating properties.
Some actions of some people (behaving towards the Earth as viruses in their own organisms) contributed to damage and diseases of the Earth, which in consequence cause the accelerated development of many diseases in people. Strangely, many of them man called civilization diseases. The treatment of these civilization diseases (even causal) is from the perspective of the Earth as an organism is only symptomatic treatment! Civilization diseases are symptoms of harmful effects of some people on the Earth’s body. A thinking, civilized man must realize that he has already grown out of the homo erectus era and must realize for himself that he cannot act like a virus in the earthly body, thus acting even to his detriment. He cannot think in terms of “everything is subject to Earth – and especially to me”!

Let every person think about food, bathing, smoking, drinking, clothing, entertainment and love as well as at work thoughts and has in mind the possible destructive effects of his action on the earthly organism in its immediate surroundings but also in the global and long-term aspect.
The responsibility of companies for harmful actions towards the Earth also rests on its employees, and in every position, not only decision-making, but also executive, because protecting the Earth is the responsibility of every intelligent man in every position.

Specialists have already developed many lists of daily activities and behaviors that should slow down and optimally stop the process of Earth’s civilization disease which is devastation of the natural environment and negative climate changes. We can call it an “antivirus” list of actions for healing the Earth.

We will systematically publish a list of “anti-virus” actions against Earth worthy of homo sapiens.