AFFECTING IS OUR HEALTH AND PLANETS 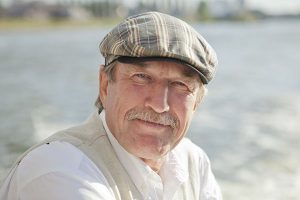 Organic raw materials, such as organic cotton or bamboo, are increasingly used in the production of clothing. But the pro-ecological activities of many companies are not limited to the use of Green Index Label indicators in the aspect of production.

Microplastics, i.e. plastic particles that are very dangerous for our health, float not only in water but also in the air. Forests are being cut down and for Nature it becomes increasingly difficult to work on the exchange of CO2 for life-giving oxygen and on the correct replacement of the air that cleans the air we breathe. Water and oxygen are the basis of our life on Earth. Clean water and clean air are a prerequisite for a healthy, long life.

Work on reducing pollution is not enough. Deforestation and forests must be completed by intensive afforestation.

More and more companies are joining the air purification campaign through afforestation. A good example is the company “Timberland”. The owners of the iconic brand set themselves an ambitious goal that by 2020 they will plant 10 million trees, reduce the use of harmful chemicals by 100% and increase the involvement of their employees in (eco) volunteering.

The spectacular action is the Great Green Wall, called the “New Wonder of the World”.

The Great Green Wall is the largest project in the history of the African continent and the largest living structure built by the work of human hands. When finished, it will be three times larger than the Great Barrier Reef.

The Great Green Wall built of millions of drought-resistant acacia and other plants is to be a remedy for drought, subsequent famines and the expansion of Saharan Sands. The initiative was launched in 2007 and 11 African countries have been involved in the construction. A green belt (marked out about 100 km from Sahara) stretches across the continent (from Senegal in the west to Djibouti in the east). Ultimately, it is to be 8000 km long, 15 km wide and cover a total of 11.5 million hectares. 8,000 km long and 15 km wide, the Great Green Wall is No. 1 in the fight against desertification. It is built in the Sahel region, on the southern edge of the Sahara, by 11 countries, numerous organizations and companies, including by the manufacturer of iconic shoes – the Timberland brand. Great Green Wall is the largest pro-ecological initiative in the world. Once built, it will be larger than the Great Barrier Reef. The savanna belt stretching from the Atlantic coast in the west to the Red Sea in the east is one of the poorest regions of the world. Dynamic population growth (by 2050, the number of Sahel inhabitants will increase from 100 to 340 million), progressive climate change and persistent long periods of drought have led to almost complete degradation of the area: disappearance of farm animals, destruction of cereal crops and sterilization soil, and thus chronic water and food shortages.

The Great Green Wall is an example of good cooperation in the field of environmental protection. Maybe the President of the United States of America instead of erecting a concrete wall along the southern border with Mexico will revise his concept and replace the wall with a Green Border – a 100 m strip of dense even spiny vegetation, e.g. drought-resistant acacia and other plants, which will perform two functions:

The budget will be comparable to building a wall and social volunteering will also be mobilized.
The companies will be awarded the Green Brick for afforestation in Poland.