WILL ODRA AND VISTULA SOON BE SALTY?

WILL ODRA AND VISTULA SOON BE SALTY? 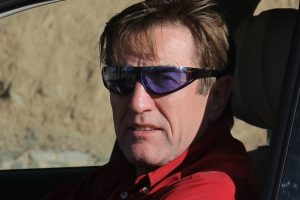 In terms of annual discharge, this is about 2.5 million tons !!! This amount of salt from hard coal mines was introduced (and probably continues to be introduced) into our freshwater rivers.

Saline mine waters pose a serious threat to the natural environment and human health, and economic losses resulting from excessive salinity of rivers by mine waters are calculated in millions of dollars.

The negative impacts of salty waters on the environment include, first of all, the destruction of microorganisms causing self-purification of waters, and thus an increase in water pollution with organic matter, changes in the flora and fauna of aquatic ecosystems, including the extinction of certain species, and in extreme cases the complete disappearance of biological life in aquatic environments.

It is estimated that excessive salinity of the Vistula River alone causes losses of between 100 and 250 million dollars a year. It is believed that in the case of the Oder, these amounts will be very similar.

For comparison, thorough research conducted in the United States for the Colorado River, whose salinity is 0.5 g / dm3, showed that the resulting business losses reach USD 310 million annually.

Such large economic losses, as well as the often irreversible environmental degradation, force us to fight the increasing salinity of our rivers every day.

The discharge of salty mine waters has not only an ecological aspect, which from the point of view of protecting our environmental heritage is extremely important, but also an economic aspect, because during the desalination of mine waters, sodium chloride can be recovered, in which approx. 4 million tonnes is extracted / produced in Poland. per year, as well as valuable magnesium hydroxide.

The only existing mine desalination plant in Poland has been operating for years in Czerwionka-Leszczynach, where approx. 70 thousand of tons of commercial salt are produced per year from saline waters that are pumped from the underground mine workings of Budryk and Dębieńsko mines.

However, the technology is no longer modern there, the processes consume large amounts of electricity and they do not purify the water of magnesium and calcium particles.

From an environmental point of view, the best solution to the problem of salty mine waters currently discharged into rivers would be desalination using renewable energy technologies, as the desalination process is energy intensive and requires a lot of electricity and heat.

Our Institute  – Instytut Badań Nauk Stosowanych I Nowych Technologii is working on technology for desalination of mine waters in the aspect of drinking water production, obtained from salt water of any origin using our Urban Wind Power Station (UWPS) electricity production installations, which use renewable energy of air streams forced by human activity in urbanized space.

We are working on creating teams: our UWPS with a capacity of up to 5kW and a container set for water purification by reverse osmosis.

The UWPS team will be supported by photovoltaic installations (in justified conditions), together providing the necessary energy not only for the production of drinking water, but also pure sodium chloride and magnesium hydroxide, the sale of which will greatly improve the economy of such an investment.

It is also important to assume that the UWPS team for the production of drinking water can be used as an individual installation in a dispersed system – wherever there is salty water, there are air streams and the sun operates.