GARBAGE BAGS CAN POISON US EFFECTIVELY

GARBAGE BAGS CAN POISON US EFFECTIVELY 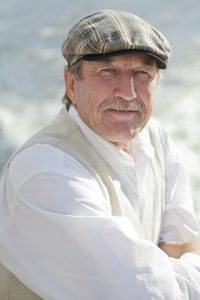 Air pollution from gas emissions from combustion processes is well described as well as life-threatening effects. In the combustion process, so-called primary impurities, which include: carbon dioxide (CO2), carbon monoxide (CO), nitrogen oxides (NOx), sulfur dioxide (SO2), hydrogen chloride (HCl), hydrogen fluoride (HF), persistent organic compounds (POPs) include polycyclic aromatic hydrocarbons (PAHs), dioxins and furans (PCDDs and PCDFs) and polychlorinated biphenyls, volatile organic compounds VOC / MLZO and NMVOC and heavy metals, especially mercury (Hg) and its compounds, cadmium (Cd) and thallium (Tl ) and their compounds and antimony (Sb), arsenic (As), lead (Pb), chromium (Cr), cobalt (Co), copper (Cu), manganese (Mn), nickel (Ni) and vanadium (V), and total dust including its fractions: PM10 and PM2,5. Of course, all types of factory chimneys are on the list of poisoners in this group, even if they have purification installations and catch a significant part of heavy combustion particles. Due to their height, they usually do not effect locally but emit poisonous pollutants over longer distances. Air and sea transport similarly. We have little influence on such external poisoning, but this should not be ignored.

We have a direct impact on external poisoning in the case of local largest polluters, which are local small boiler units and individual furnaces, “in the neighborhood”, especially if rubbish is burned irresponsibly, especially together with low-quality coal or coal sludge and a wheel communication system using combustion engines. Contrary to appearances, an important source of air poisoning are cigarette smokers, especially if they throw smoldering cigarette butt on the ground (frequent view of drivers throwing  cigarette butt through the car window on the road). The basic action in such cases is to direct attention to violations of our planet’s climate security (and our health) but also to impose increased own discipline in this respect – also to set a good example for others, especially for children and young people.

The third group is probably the most dangerous from the point of view of a direct threat to health and is barely described.

Especially garbage bags due to the fact that they are made of inferior quality plastics and with less quality discipline have on their surface especially a lot of microfibers / microplastics. They can be seen even with the naked eye as in the process of unrolling the bag and “shaking” it before inserting into the basket, a mist of dust rises and a characteristic smell of plastic appears in the nostrils (this mist may be the effect of coating the surface of the film with mineral substances, which does not change the fact of the presence of microplastics on the surface of floating particles). These are extremely dangerous dusts for our lungs because we inhale them in concentrated form. They float in the air and are inhaled but also settle on furniture, floor, food, documents, flowers and also on children, animals, etc. During vacuuming, the vacuum cleaner collects some of the dust from the floor, but the movement of air from the vacuum cleaner pushes it up from the floor, furniture, curtains, walls, etc., re-creating their suspension in the air, which the household or employees continue to breathe. That is why, before vacuuming, I recommend first treating the surface of floors, furniture, windowsills with a wet cloth and / or so-called mop. Although rinsing the cloth introduces the collected microfibers / microplastics into the wastewater and further into rivers, seas and oceans but hopefully some of them will be caught in sewage treatment plants. And the consequences of water poisoning have already been described earlier. It is impossible to live without plastics, but you should be aware of the immediate danger and you should use other solutions that will not be so directly threatening to our health. Instead of plastic garbage bags, I suggest using paper bags, e.g. after shopping, even clothing or collecting garbage in cardboard boxes. Grocery shopping bags can also be a good option as their quality as food products is much better than garbage bags. In this way, we also give them a second, favorable cycle from the point of view of environmental protection and waste management. It may be associated with an increased frequency of throwing garbage but let’s treat it as a physical exercise beneficial to the body. It is also worth crushing the garbage to reduce its volume, thus reducing the frequency of replacing garbage bags. “Poisonous” effects of garbage bags are not “noticed” also in offices, where they are exchanged very often. Plastic garden & building industry  type films carry a similar threat, the more that they are exposed to constant wind-induced movement. Packaging films also carry microfibers / microplastics on their surface. It may be difficult at first, but when in contact with plastic film (garbage bag, packaging film) I recommend using dust masks and even a temporary hold of breath, e.g. until the end of bag replacement. It is mandatory then to wash your hands. I have a lot of doubts about the legitimacy of the use of packaging film even intended for contact with food for direct packaging of e.g. sausages and bread.

If you have noticed other cases of air poisoning during work or housework, please let us know.