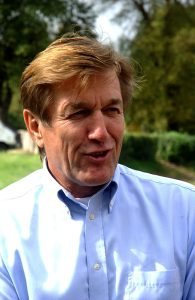 And to produce a cotton t-shirt, as some estimate taking into account the entire creative process, it takes about 2.5 thousand. liters of water !!

It shows the scale of destruction that we fund the Earth and future generations.

The clothing we wear is mostly made of environmentally harmful substances. Acrylic, nylon, polyester and their derivatives produced from petroleum decompose hundreds of years, introducing into the environment, among others microfibers / microplastics resulting from their slow decomposition. Microplastic is formed as a result of the breakdown of the structure of photodegradable material, which is not fully decomposed. Each time the garment is washed, over 700,000 (!!!) microscopic fibers are released into the waters of rivers, lakes, seas and oceans. According to the IUCN report from 2017, from 15% to 31% of all plastic released into the oceans is a microplastic material released by household and industrial products, but also from larger plastic parts thrown away as waste, which are subject to very slow degradation, e.g. on the way to the sea and oceans.

IUCN calculates that 35% of this water pollution comes from washing synthetic fabrics. Only Europe and Central Asia drop the equivalent weight of 54 plastic bags per person per week into the oceans. As a result, millions of tons of artificial microfibers go to the environment, mainly to the oceans !!! It is estimated that around 100 million tons of plastic and other raw materials are currently floating on the surface of the oceans.

With such a rapid increase in products made of plastic, including especially disposable packaging, landfills are growing rapidly, reaching unbelievable sizes with time. The shocking 1st place is occupied by a landfill, which was formed by the forces of nature by sea currents as if Nature wanted to show what man does to Earth – the Great Pacific Garbage Spot located between continents as if “collected” on the surface to visualize harmful human activity. It was discovered in 1997 by Charles Moore. The estimated mass of the drifting spot is 45-129 thousand. tons and its area is up to 1.6 million km². This artificial, drifting enormous mass of garbage consists mainly of 99.9% of plastics and is five times larger than the surface of Poland or three times than the surface of France. The density of waste drifting in it has increased over the past 40 years from 0.4 kg per sq. km to already 1.23 kg per sq. km (as of 2015), which is over three times more. If we do nothing for the environment – its mass will not stop growing.

The main component of the Big Trash Palm is waste over 5 cm in size. It is estimated that it is about 96 percent. total weight of waste. But one of the most dangerous ingredients is microplastics, i.e. particles with a diameter measured in millions of parts of a meter.
Plastic matter in the form of dust forming not a compact mass but a suspension makes up about 8 percent. mass of suspension. Microfibers / microplastics in assessments and seas are swallowed by the organisms living in them, becoming part of the food chain to potentially (for punishment?) End up on our plates and in our bodies !!!!.
Let the consequences help everyone.

Silk, linen and cotton are “healthier” for the Earth, although harmful methane is released into the atmosphere as they decompose.
Many companies include understanding the scale of the problem, changes its approach to production by introducing materials from recycled materials and increases the share of materials from natural fibers.

Each of us should be aware that our actions may contribute to the deterioration of the natural environment or and we call for its improvement.

The “ECO FOR LIFE” Foundation for Ecology Support begins to award “Green Bricks” to these companies, organizations and even individuals for at least reducing those activities in their environment that have negative effects on the environment.
The foundation supports the Nature needs heroes campaign, which is part of the foundation’s philosophy.